Lack of competence and knowledge about mental illness is a common reason why many seek explanations in curses and put their hope in unscientific cures and treatments. This is something that Nindi Mtumwa Shafii in Tanzania experienced when she ended up in a deep depression.

Immediately after Nindi gave birth to her second child, she learned that her husband had met another woman. The man's betrayal made Nindi feel very bad.

-Then I decided to move home to my own parents again. But they thought I had been bewitched, says Nindi.

Her family took her to a local witch doctor who explained that the cause of her mental illness was that the man's new wife had placed a curse on her. But the treatments and medications she received did not help.

When she felt the worst, the family did not understand that she was in need of care and when the attempts to break the alleged curse did not help, they took drastic action.

-The family was frightened by my screams. Then I was locked in an empty room where I could sit to myself. In there, I thought it would have been better if I had been dead. My mother was ashamed of me and so was my older child because I had also left my husband.

Eventually, however, Nindi was taken to a hospital, where she was admitted. The care staff said that her problems had probably been triggered by the severe stress she was exposed to. At the hospital, she also received an antipsychotic medication, which she will have to take for life.

When Nindi was discharged, the care staff also advised her to contact TUSPO (Tanzania Users and Survivors of Psychiatry Organization). It was a council that came to be of crucial importance.

-If I had not received the support I have received through TUSPO, it is not impossible that I would have been dead now, Nindi says.

Thanks to the organization, Nindi was able to attend a childcare training and today runs her own preschool.

Since she herself received help, Nindi has been involved in TUSPO and helping others with mental illness to seek and get the right help. Today she is chairman of the board of TUSPO's women's section and vice chairman of TUSPO's board.

The organization recently celebrated World Mental Health Day, which falls on October 10 every year to raise awareness about mental health issues around the world.

TUSPO celebrated the day in the Iringa district of Tanzania, with singing, dancing and more speakers, to draw attention to the importance of breaking the stigma surrounding mental illness and the opportunities to get the right help. 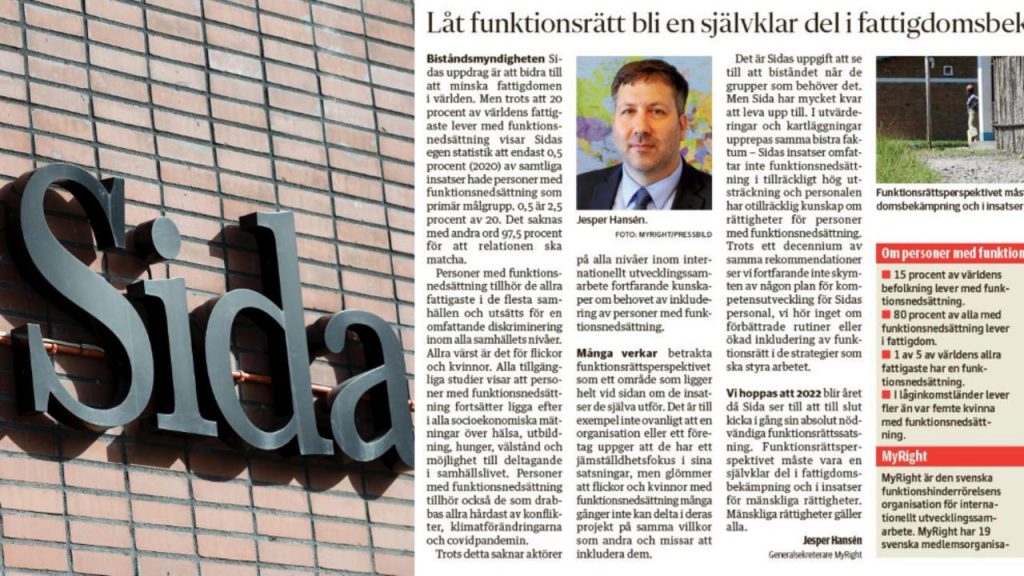 On November 18, the Dala Democrat published MyRight's debate article Let functional rights become an obvious part of the fight against poverty. In a debate article, Sida receives some criticism about theirs 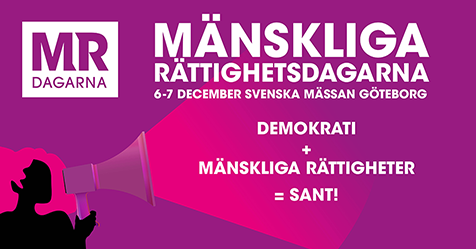 December 6-7, it's time for the Human Rights Days (MRI days). This year at the Swedish Fair in Gothenburg. MRI Days is the Nordic region's largest forum for human rights and 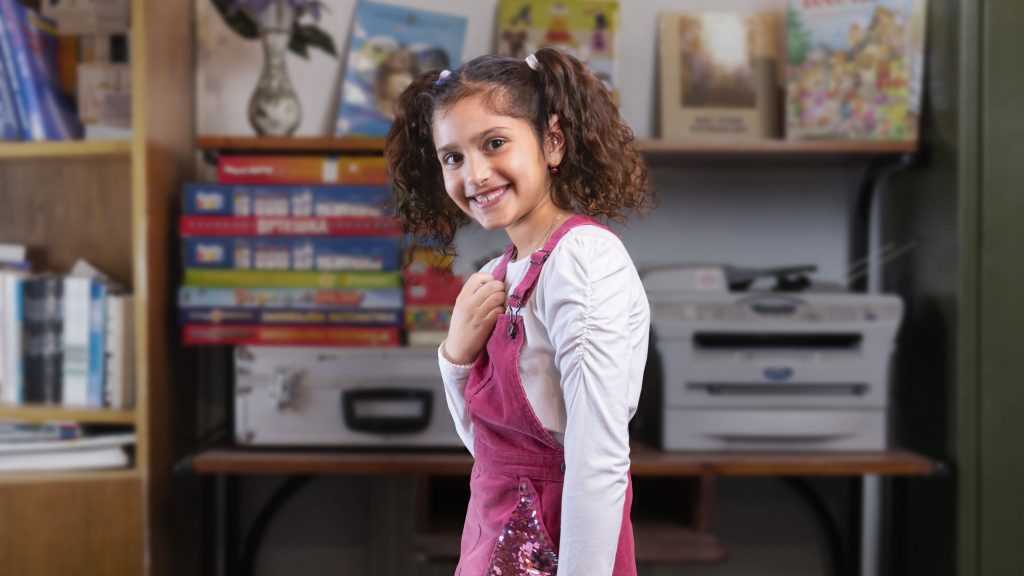 Mitra Pantić is seven years old and lives in Bijeljina in Bosnia-Herzegovina, she hopes that she can soon get an education in the language she knows best.

DEBATE It is Sida's task to ensure that development assistance reaches the groups that need it. But Sida has a lot left to live up to. IN 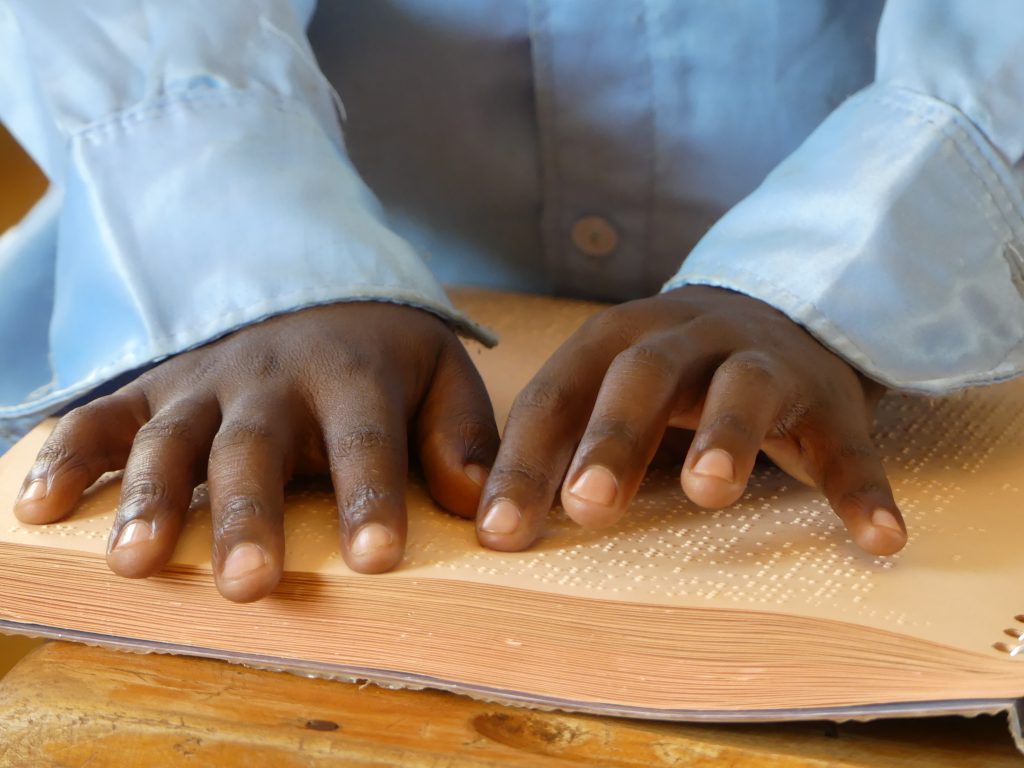 Why do children with disabilities not go to school?

Poverty, prejudice and lack of accessibility are some of the reasons why children with disabilities are excluded from school. It is very common for children's capacity 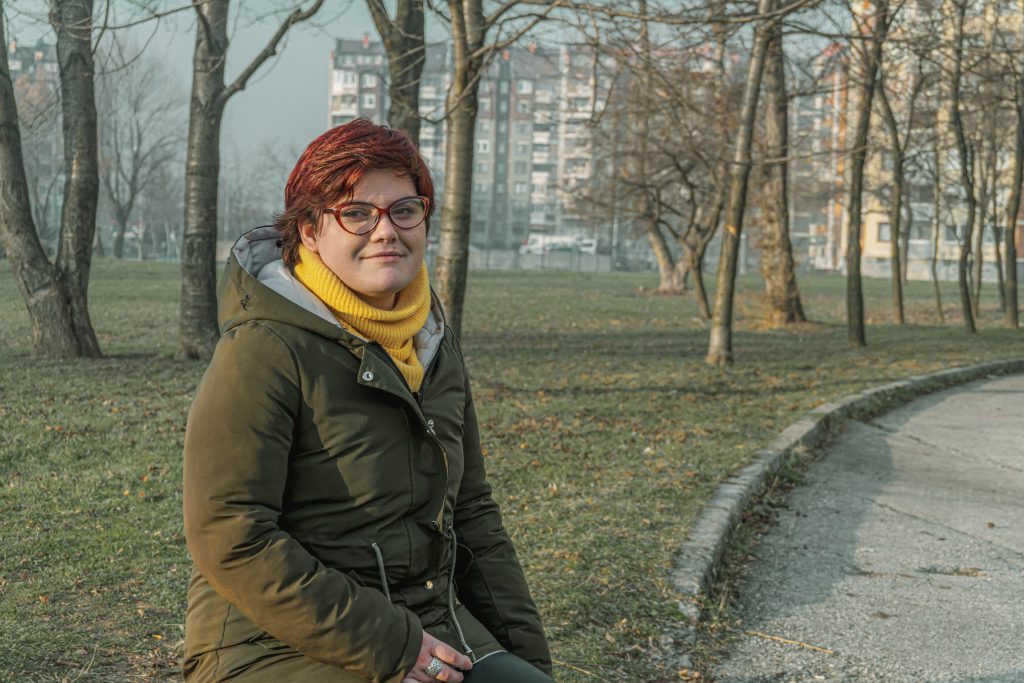 When Ajla graduated from year three in a general primary school, she had to change to a special school, even though she did not want to. Now fighting 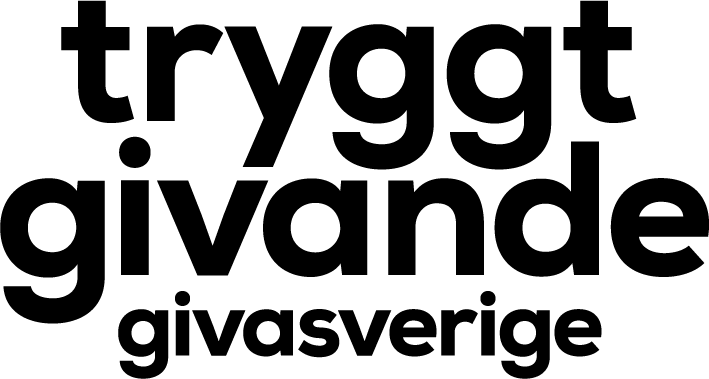 This website uses cookies to improve your experience while navigating through the website. Out of these cookies, the cookies that are categorized as necessary are stored on your browser as they are essential for the working of basic functionalities of the website. We also use third-party cookies that help us analyze and understand how you use this website. These cookies will be stored in your browser only with your consent. You also have the option to opt-out of these cookies. But opting out of some of these cookies may have an effect on your browsing experience.
Necessary Always Enabled
Necessary cookies are absolutely essential for the website to function properly. This category only includes cookies that ensure basic functionalities and security features of the website. These cookies do not store any personal information.
Non-necessary
Any cookies that may not be particularly necessary for the website to function and is used specifically to collect user personal data via analytics, ads, other embedded contents are termed as non-necessary cookies. It is mandatory to procure user consent prior to running these cookies on your website.
SAVE & ACCEPT